People often feel nervous at their first Gnostic Mass, for a variety of reasons both good and bad. For some people, this will be their first experience of serious ritual work. Others may not be sure what to expect, or may be afraid that they will do or say something wrong during the Mass. Some people, having grown up with no religion or in one of the thousands of Protestant denominations of Christianity, may not be used to a religious service performed in full robes and regalia. To help newcomers feel more comfortable, we have put together a brief guide for the perplexed. 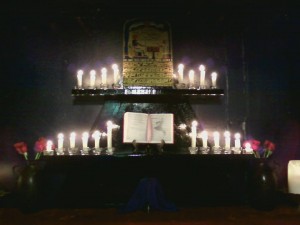 Before a Gnostic Mass actually starts, at Sekhet Bast Ra we typically have a period of socializing beginning at the scheduled time on the calendar while the mass team prepares the Temple. On your first visit, this is an excellent opportunity to meet the members of our body and learn what we are like. However, it is important to show up at the time listed on the calendar. Before the Mass starts, the Temple will be closed.

We recommend reading the text of the Gnostic Mass before showing up. The Mass team consists of at least a Priest, a Priestess and a Deacon. There are also two people in the role of the Children–despite the name, this role is almost always filled by adults–who assist the Mass team. As one of the the people attending the Mass, you will be directed to pay attention to and follow the directions of the Deacon, who will assist and guide the people through the Mass. 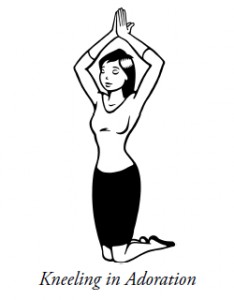 The Gnostic Mass is a participatory ritual. As an attendee, you will be asked to perform certain actions–the Step and the Sign, and the Hailing Sign. The People also participate by reciting the Gnostic Creed and a portion of the Anthem of the church. Missals are available for those who do not know the words, but a newcomer should not feel that they have to know anything at all before attending. All we ask is that you follow the Deacon’s direction and follow along with the other people.

Remember that this is a serious and sacred ritual. Electronic devices should be silenced. Talking and unnecessary fidgeting are discouraged. Be courteous to the Mass team and the other people.

Above all, be welcome. Have a seat. For most of us, the Gnostic Mass is the high point of the month. Let us show you why.